The changes below include the changes for 2.7.1 and are marked as such.

We’re pleased to announce the release of Espionage 2.7, as usual, here’s the complete list of changes, followed by some of the key improvements:

If you have a sparsebundle or sparseimage with existing data encrypted in it, you can now turn it into an encrypted folder in a snap. 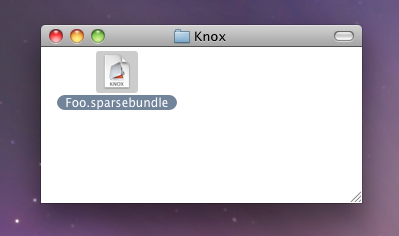 Just move the disk image to wherever you want the folder to be (for example here we’ve moved the sparsebundle onto the Desktop), and then drag it onto Espionage: 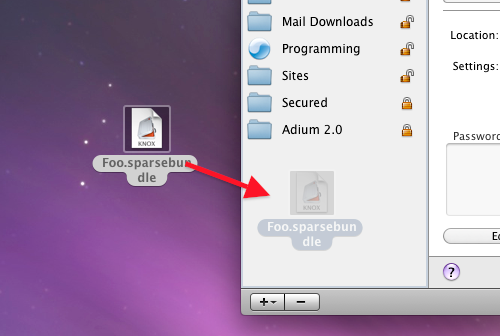 You’ll get this new prompt asking whether you’d like to turn it into an encrypted folder:

By the way, if you’re a Knox user considering making the switch, you can now get a large discount on Espionage! Just see its homepage for details.

Previously the “Lock Folder” contextual menu did not lock non-encrypted password-protected folders on Snow Leopard. Now, not only does it do that, but you can use it to send folders that aren’t already under Espionage’s protection to Espionage.